We're right on the boarder

Why our insurance agency loves Natick!

Natick, Massachusetts is a town located 10 miles west of Boston in Middlesex County. Covering 16 square miles, the town has two main bodies of water: Lake Cochituate and Dug Pond. The population is approximately 32,700, and the town is the center of population for Massachusetts.

Natick is surrounded by some of the most affluent towns in the Commonwealth including Wayland, Weston, Wellesley, Dover, and Sherborn. It also neighbors Framingham, with which it shares the bustling shopping area including the Natick Mall, Shopper’s World, and a variety of other strip malls, retail stores, restaurants, and businesses.

With easy access to Route 9, The Massachusetts Turnpike, Route 30, the Charles River, and the MBTA, residents and businesses here enjoy easy access to all areas of the state.

Natick has a long history stemming back to 1651, when missionary John Eliot brought his “Praying Indians” to settle on the shores of the Charles River. The name “Natick” means “place of hills” describing the land is present-day South Natick. Here they built a bridge, streets, and a meetinghouse. However, this peaceful settlement was disrupted in 1675 in King Philip’s War, and the Praying Indians of the town were sent to Deer Island, where many died.

Once a farming community, mills including gristmills, nail-making, wood-turning, and paper-making mills, soon cropped up along the river. The town became a leader in the shoe manufacturing industry. Despite two devastating fires, the town flourished. It has a number of famous resident citizens throughout history, including abolitionists, women’s rights advocates, and sports heroes. Some of these include:

Natick, Massachusetts has a long industrial and commercial tradition that continues today. It began in the 1700s, when Thomas Sawin was asked by the Praying Indians to establish a grist mill in town. By later that century, there were a variety of mills along the shores of the Charles River.

The shoe industry began to take root in town, beginning first with piece-meal work. However, with the invention of the sewing machine and the railroad in town, business began booming and Natick became the 3rd largest shoe producer in the nation with 23 factories. The business began lagging in the early 1900s, and finally ended in town in 1971 when the Winchell Shoe Company closed its doors.

Natick is a leader in innovation, starting with the first baseball manufacturer with a more resilient core and the figure-eight stitching you see today. Many companies have found homes here including:

The Natick Mall, Natick Collections, Sherwood Shopping Plaza, Shopper’s World, and other retail shops in Natick and Framingham comprise one of the largest shopping centers in Massachusetts and are responsible for much of the industry in the town today.

With a rich history, ideal location, and tradition of industry, Natick is a friendly leading community in Massachusetts. 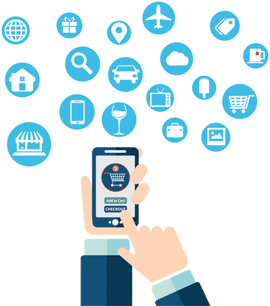