Homeowners and commercial property insurance policies provide protection from many perils, but they usually exclude floods from the potential dangers they insure against. Massachusetts residents and businesses that want to protect their property from floods typically have to purchase a separate flood insurance policy. 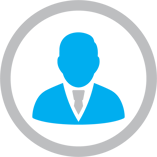 What is Flood Coverage?

What is the NFIP?

The National Flood Insurance Program (NFIP) helps homeowners in at-risk areas obtain affordable flood coverage. To purchase coverage through the NFIP, a resident’s municipality or county must participate in the program. Residents of inland towns might not be able to take advantage of the NFIP, but many residents in coastal towns might live in communities that participate in the program.

For homeowners who live in communities that participate in the NFIP, the program is usually the most affordable way to purchase flood insurance.

Who in Massachusetts Should Consider Flood Coverage?

Although about 32 square miles in Massachusetts, according to USNews, is at risk of being flooded, many residents in the state may want to consider getting a flood policy.

For residents who live in these 32 square miles (which is over 50,000 people), a flood policy provides vital protection. Without a flood policy, homeowners and businesses are often leaving themselves dangerously exposed.

For residents outside of these flood-prone regions, floods pose a lower risk. Because the risk is low, flood policies for properties outside of the state’s flood-prone 32 square miles typically don’t cost too much. Many residents and businesses in the state’s other regions may want to purchase a flood policy because it can be affordable, yet adds another protection to an insurance portfolio.

What Kinds of Events Will a Flood Insurance Policy Cover?

The exact events that a particular flood policy covers will depend on its terms, conditions, and exclusions. In general, though, flood policies provide protection against:

For residents who live on the coast, erosion coverage can be particularly valuable. It can help ensure that an investment in a waterfront property isn’t lost to years of storms, tides, and waves.

What Type of Property Will a Flood Policy Protect?

How Can Residents and Businesses Get a Flood Policy?

Residents and businesses in Massachusetts that want protection against floods should contact an independent insurance agent in the state. Most personal agents are able to help residents find flood insurance, and many commercial agents can assist businesses with this type of coverage.

Get a Free Quote!